WHY WOULD YOU WANT TO BE ORDINARY?

Whatever your bigger goals are in life, what are you willing to do achieve it? Are you willing to make sacrifices? Work when others are sleeping? Eat only ramen noodles? Breakup with a girlfriend/boyfriend who is holding you back?  You may think you want it so bad, but do you really?  Any area of life where you want success isn’t going to happen overnight. If you think it’s going to be easy, this opportunity is not for you.  To build a thriving business there is no quick fix, no pill, no magic wand.  There is what we taught you, that works, we are proof, then there is what you do which never works in the long term.

I watch this show with Gordon Ramsey in it were he takes over a struggling restaurant.  This person, the owner, liked the idea of having a restaurant but wasn’t committed to it but she opened one.  The restaurant is failing, a true mess.  The service sucks, the food sucks, the wait staff is lazy.  They had no clue how the money was being spent and it was failing.  They invested $500,0000 in two years and it just got worse.  If they were truly committed they would have never let it get to this point.  How do you not know where your money is going or how it’s spent?  Like I said they are like you they liked the idea of running it but not committed.

Some of you are just like ordinary people because you do what ordinary people do.  You wish and you want with no action.  Ordinary people want what others have but never will have it because there is to much hard work involved.  Like Billy, Chad and I always say if you want the results we have you have to do what we do.  I mean you like what you see and wish you were doing these numbers but you don’t want to do the work involved because your ordinary.  Ordinary people day dream about what they want and give excuses about why things aren’t going their way.  I mean some of you try but you are so afraid to fail.  That’s not commitment.

Take a look at yourself.  Do you want to be just ordinary or do you want to be extraordinary?  How bad do you want to achieve your goals?  Do your actions show that you want it?  Are you hungry enough to sacrifice until you get to the level of success you think you deserve?  Or, are you just an ordinary person just thinking about it?  Be honest, it shows in your lack of effort.  If you really want it bad, then show it.  I encourage you, all of you, whether you have been here 10+years and still not doing anything, or, you just opened your doors of the All Star Motivation Opportunity to ask yourself and look at yourself in the mirror and say; “Am I doing enough to achieve my dreams?”  Stop complaining about your life and the choices you make.  You are where you are because of your choices.  The best thing is it can all change right now.  Again, by you making the choice to change.

Are you willing to spend your time sacrificing or complaining?  We all have made bad choices or look for people to blame when things don’t go our way.  The truth is you have to challenge your character to realize your worth and get to your dreams.  We showed each and everyone of you the way to success.  All Star Motivation wants nothing but the best for you.  We want you to live your dreams.  To do that you have to realize why you aren’t already there.  Are you doing the same thing we are?  How often do you contact me, Chad or Billy to see what is new or what we are doing?

You may think you want it really bad, but are you willing to commit everything you’ve got?

How bad do you want it? And are you willing to make the sacrifices for your dreams?

Some of you are and that’s great, but some of you will always be ordinary.

THINGS YOU NEED TO CHANGE 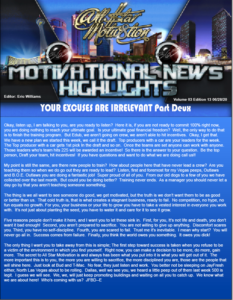 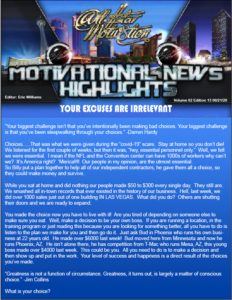 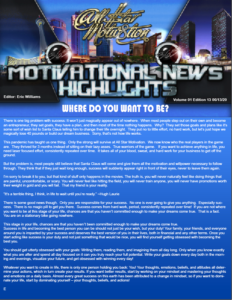 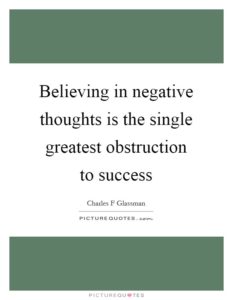