Since launching All Star Motivation on July 31, 2010, Billy Nolan has pursued a singular vision: to establish the hottest fragrance brand in the United States of America. If the past ten years is any indication, All Star Motivation is well on its way to achieve its sought-after status as the leader in the industry.

All Star Motivation’s complete lineup of fragrances are uniquely scented. People quickly took notice and the brand has sold over 2 million fragrances in the ten years since its launch. Among these products, All Star Motivation’s most popular fragrance is LPR. Showtime even launched and featured the men’s fragrance. The name LPR reveals the brand’s authenticity and sense of humor-qualities uncommon in the fragrance industry dominated by luxury brands and celebrity collaborations.

The brand’s appeal to being unconventional aligns with their message of embracing one’s individuality and refusing to fit the mold. All Star Motivation boasts a growing clientele of people who dare to innovate and stand out in a crowd. Because of its message, All Star Motivation has developed an eclectic following of professional athletes, rappers, rock stars, boxing legends, and many others. The perfumes allow them to channel their character into something more tangible; the unique scents become an external expression of what makes them distinct.

The flood of basic fragrances in the market drove Billy Nolan to build a company where he could engage in something more creative. Exclusivity and loyalty play hand in hand in building All Star Motivation. With its approach, All Star Motivation extends its founder’s success story to every person who wears its fragrances.

Initially drawn by the exclusive perfumes and experience, the customers develop loyalty as they form a relationship with the brand. After working in the fragrance industry for nine years, Billy knows that loyalty is the ultimate factor that can lead a company to success. Loyal customers have an emotional attachment to the brand and the experiences the brand affords them.

Company founder Billy Nolan strikes the perfect balance between in steering All Star Motivation. As he looks to the past to keep All Star Motivation in its intended course, he also looks to the future to continue exploring new scents. The brand has several fragrances for both men and women in the works. Loyal customers are already anticipating Boss B.I.T.C.H. (Babe in Total Control of Herself) for women. All Star Motivation will also release the redesign of its Grind and Shine perfume for men and women, putting together three distinct fragrances in one bottle. 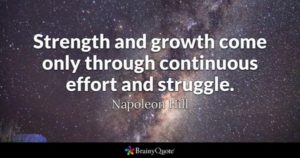 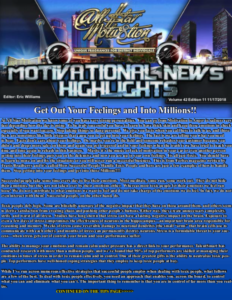 Get Out Your Feelings and Into Millions!!